Equip cool as the starting platform for the â€œTravelling to Yunnan by the Sacred Heart - One Heart and One Roadâ€ event. I would like to thank the author of this tour - the Sangha

On foot, Wenhai left Pak Sha, and the Sangha chanting and friends chose to walk along a typical white sand route nearby: from Baisha, past Fuguo Temple and then to Wenhai. During the few days in Baisha, Qiuyu never left, but it was sunny on the day we set off. It was a moment of excitement. This was the first time the sky cleared after I came to Yunnan. Soon after breakfast we set foot on the journey. Looking around, Yulong Snow Mountain in the distance can also be seen vaguely. The Naxi villagers on the street are also much larger than usual, and the children are exceptionally happy. 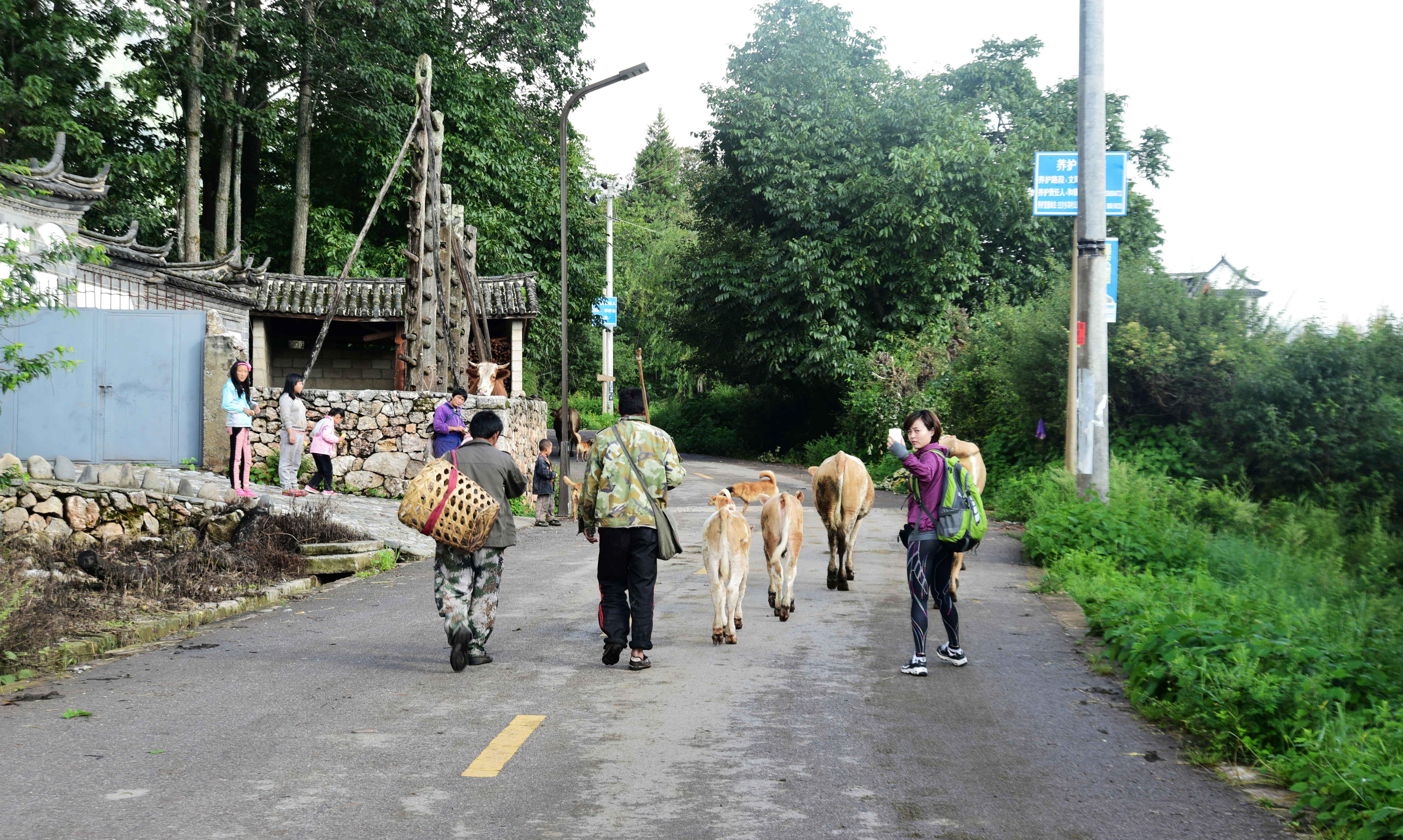 The sun shines on this quaint town. Everything is so beautiful. On the road, you can see many villagers rushing cows to cattle and walking across from him. I will greet them with a smile and they smile or nod. 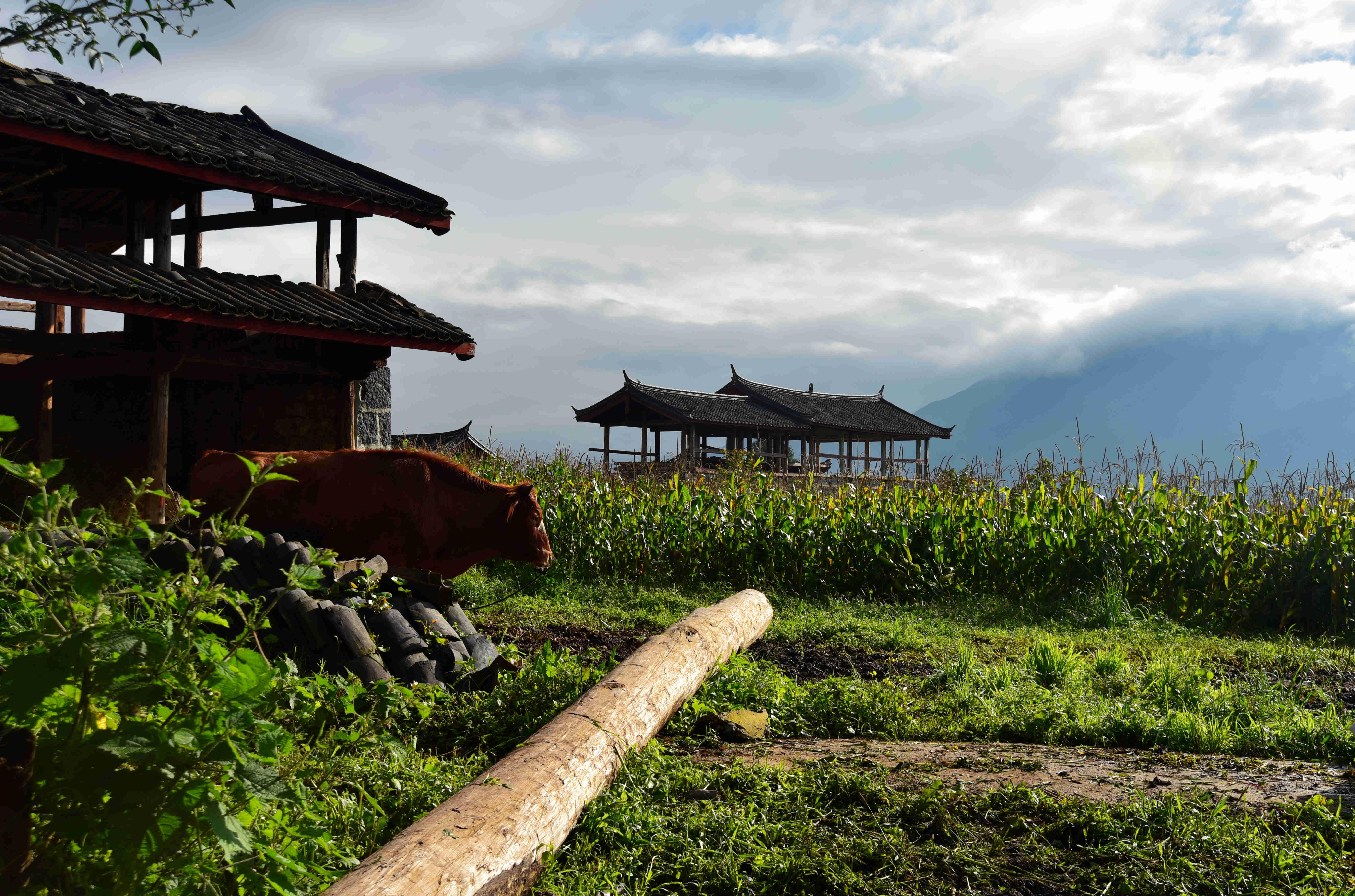 The roads here are well maintained until the top of the mountain is paved. Along the way, the scenery is picturesque, the air is fresh and full of plant fragrance. There is an unimaginable beauty in the city, and the more beautiful the scenery is, the better it is. It took about 45 minutes to go to Fuguo Temple. The name Omin Nam Zhuo Lin means "too much color to remove the forest." It was built in the 29th year of Wanli (1601) in the Ming Dynasty. It was originally the home temple of Mu Shi Tusi. The Buddhist monks of the Han Chinese Mahayana were resident in the temple and the temples were called â€œRelief Forestsâ€ and later by Ming Xizong Zhu You. The school gave the name "Fuguo Temple." In the 18th year of Emperor Kangxi (AD 1679), it was converted into Tibetan Buddhism. It is the "mother temple" of the five major temples in Lijiang and is the largest Karma Temple in Yunnan Province. Successive Karmapa, Great Szeto Rinpoche and Kacha Rinpoche had lived in the Tin Buddhism, and the Buddhism was extremely prosperous and enjoyed a good reputation at home and abroad. 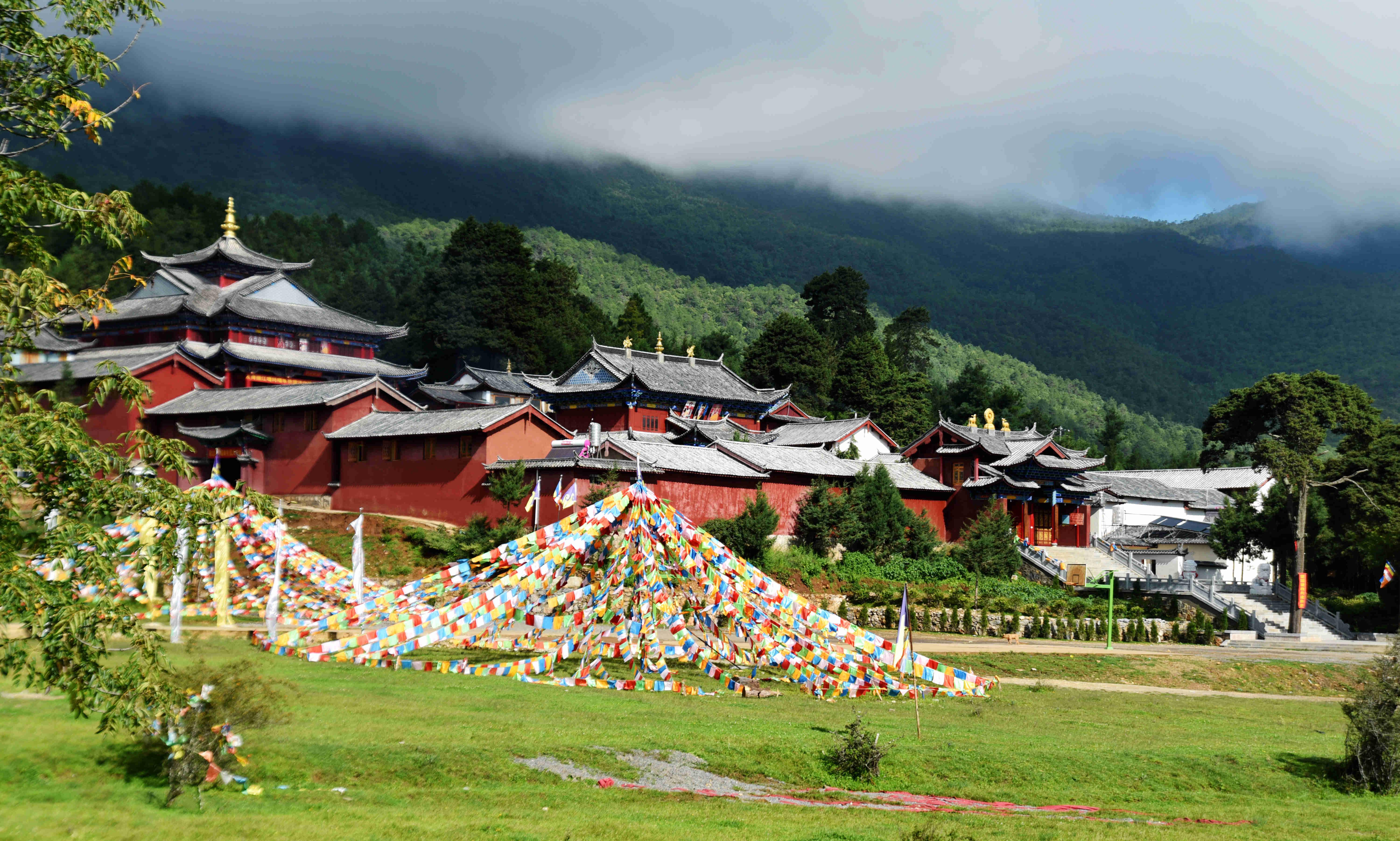 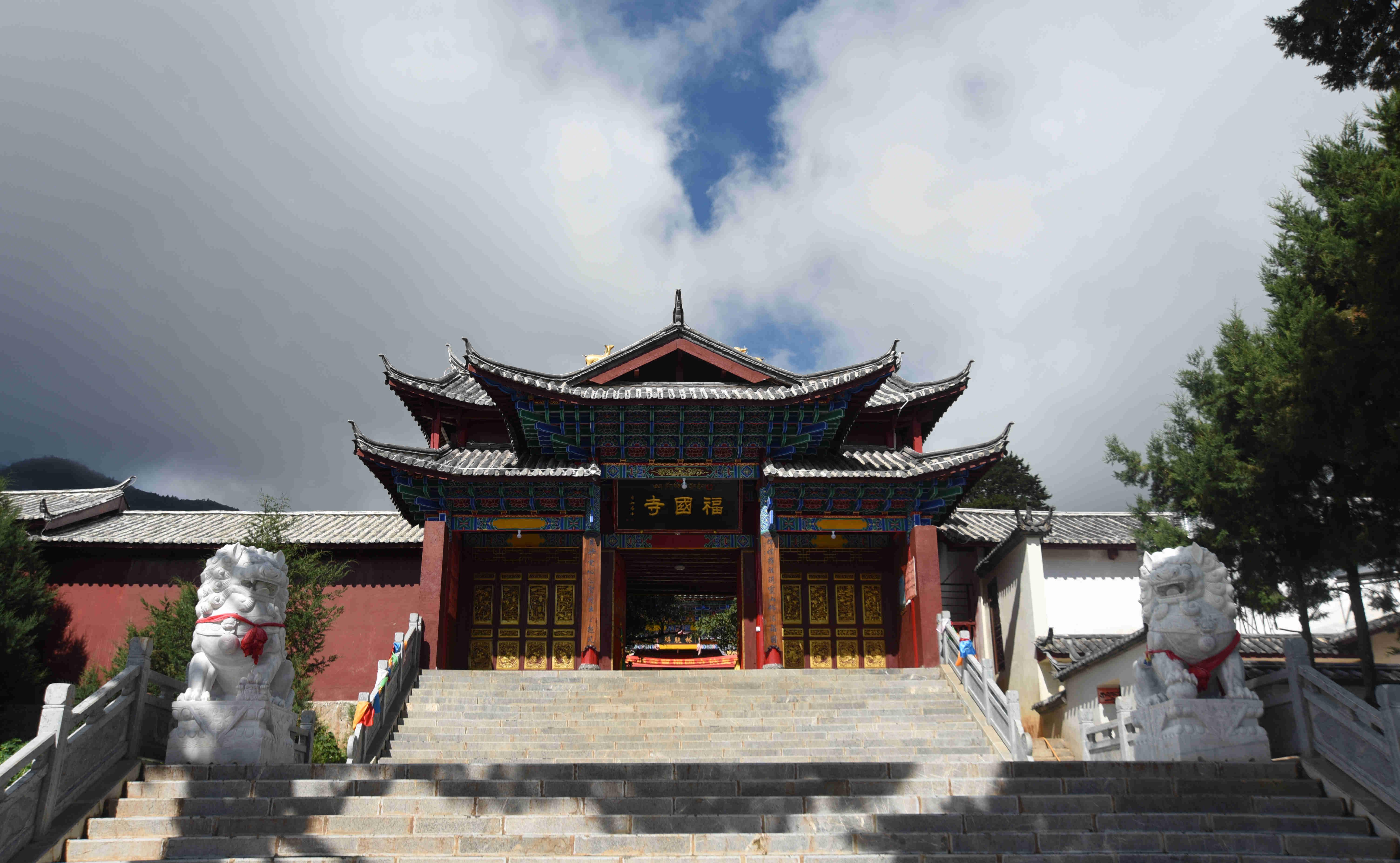 At present, it is the dojo of the Karma Kagyu school. When I entered the hall everything was so solemn. In the main hall, there is a hundred words in Tibetan. I pray in front of the Buddha. In this trip, I encountered a lot of good deeds, and successfully completed. Can do my best to do something meaningful. After coming out, make a circle around the hall. It was learned from a friend that the monks in the monastery had adopted more than 30 orphans and impoverished children in Sichuan Litang to attend school here. There is also a teaching teacher here to teach children. Now Buddhism also has some "negative" news. However, I hope everyone will see it rationally. We must also see the positive side of Buddhism. Here, there is a direct embodiment of Buddhist ideals and compassion. 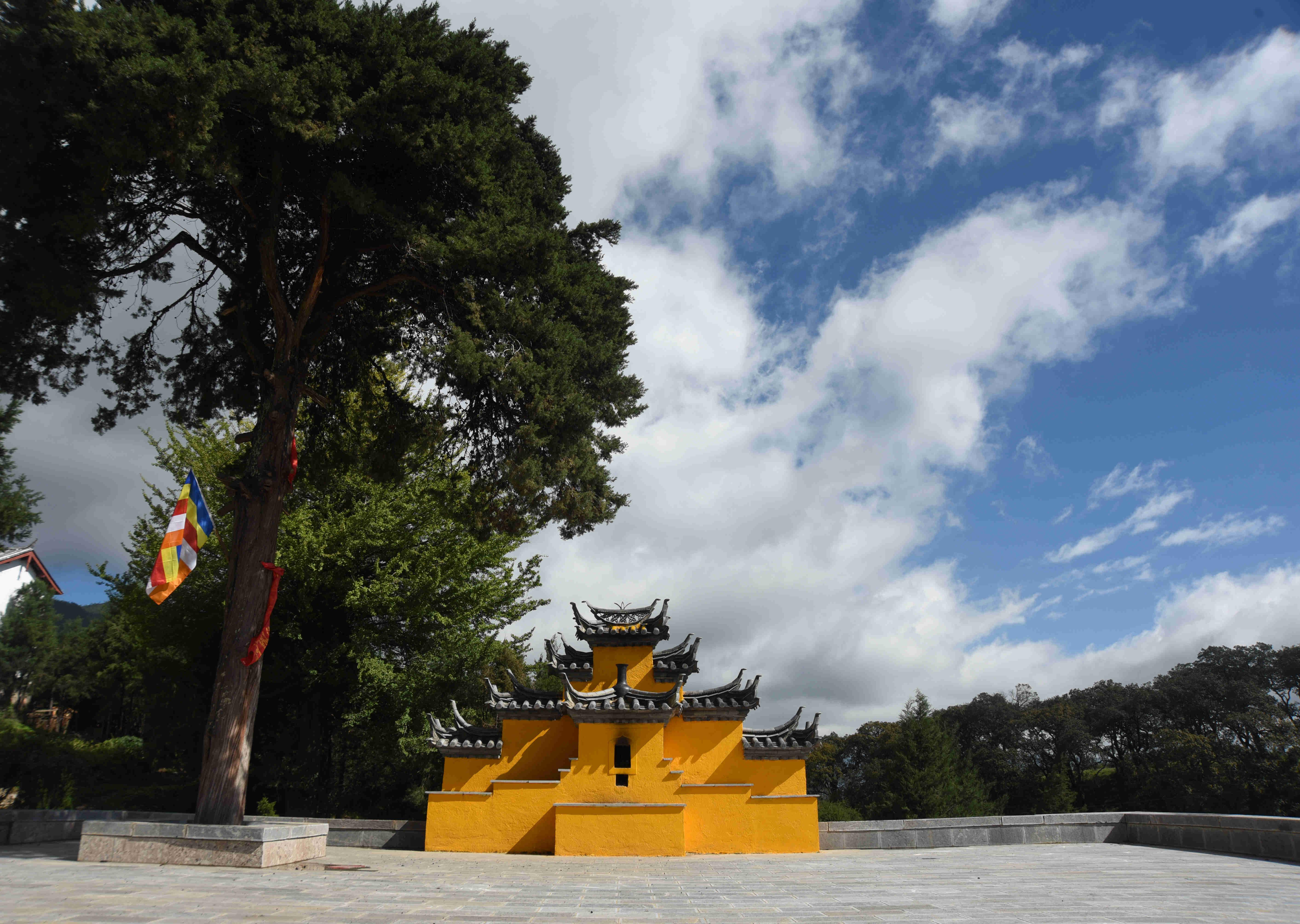 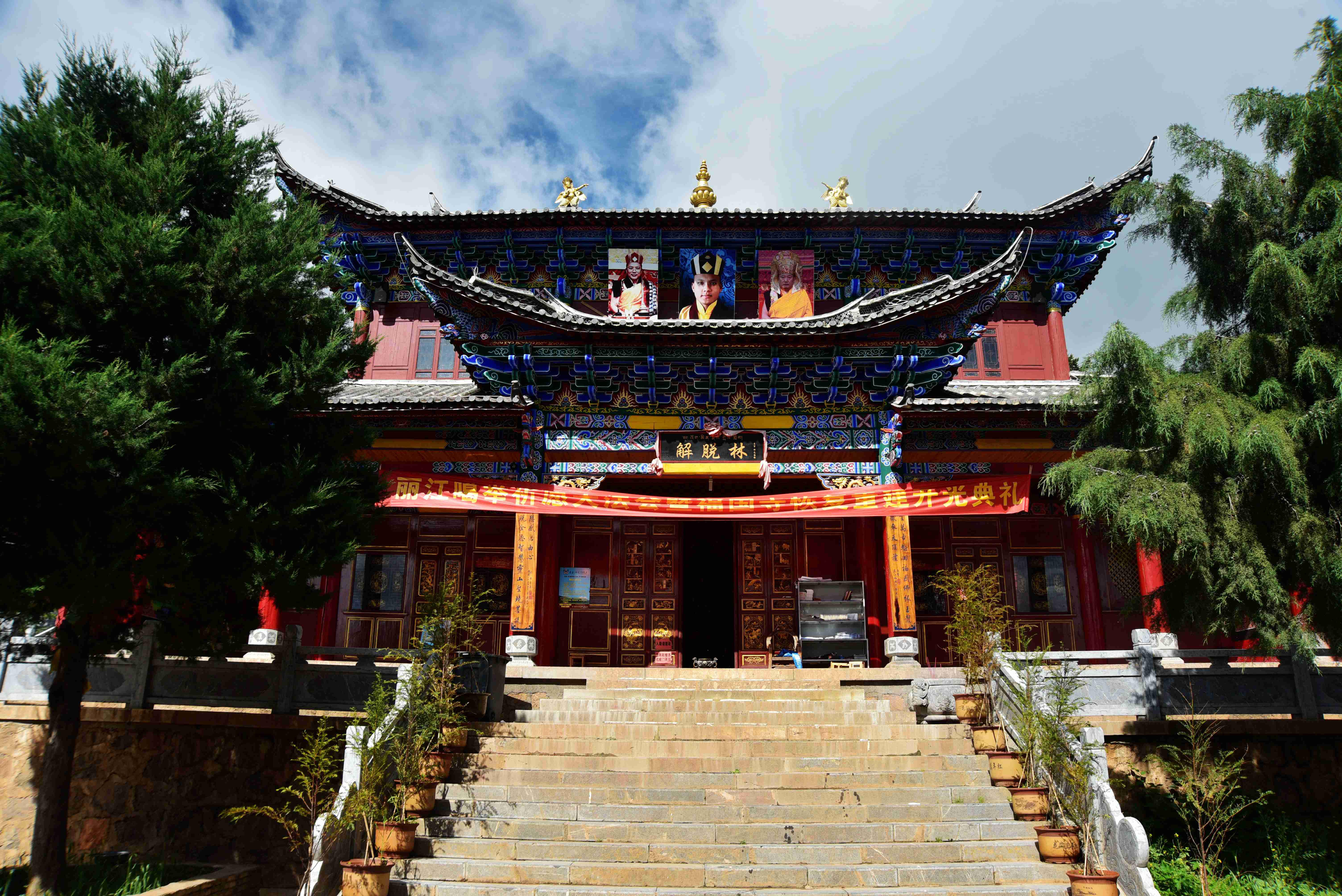 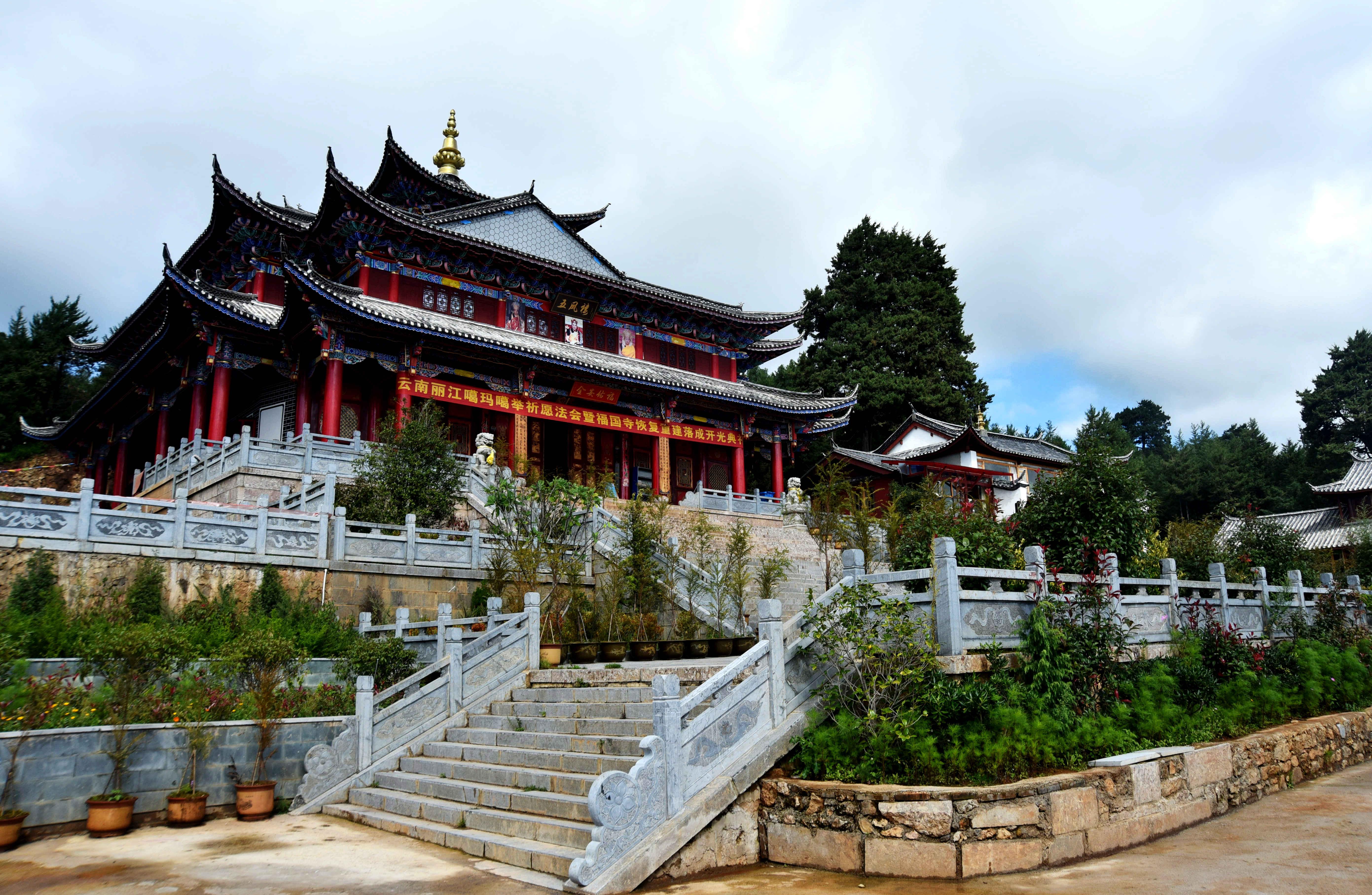 After coming out of Fuguo Temple, we continued on foot in the direction of Wenhai. Rippled water along the way. With a bouquet of flowers, we often meet a team of riders. Everyone meets and shouts for cheers and blessings. Occasionally, the passing cars will suddenly smile at us and cheer on them, or suddenly give us a thumbs-up from the window to encourage us. Everything is so beautiful outdoors. Touched by the purity between people. 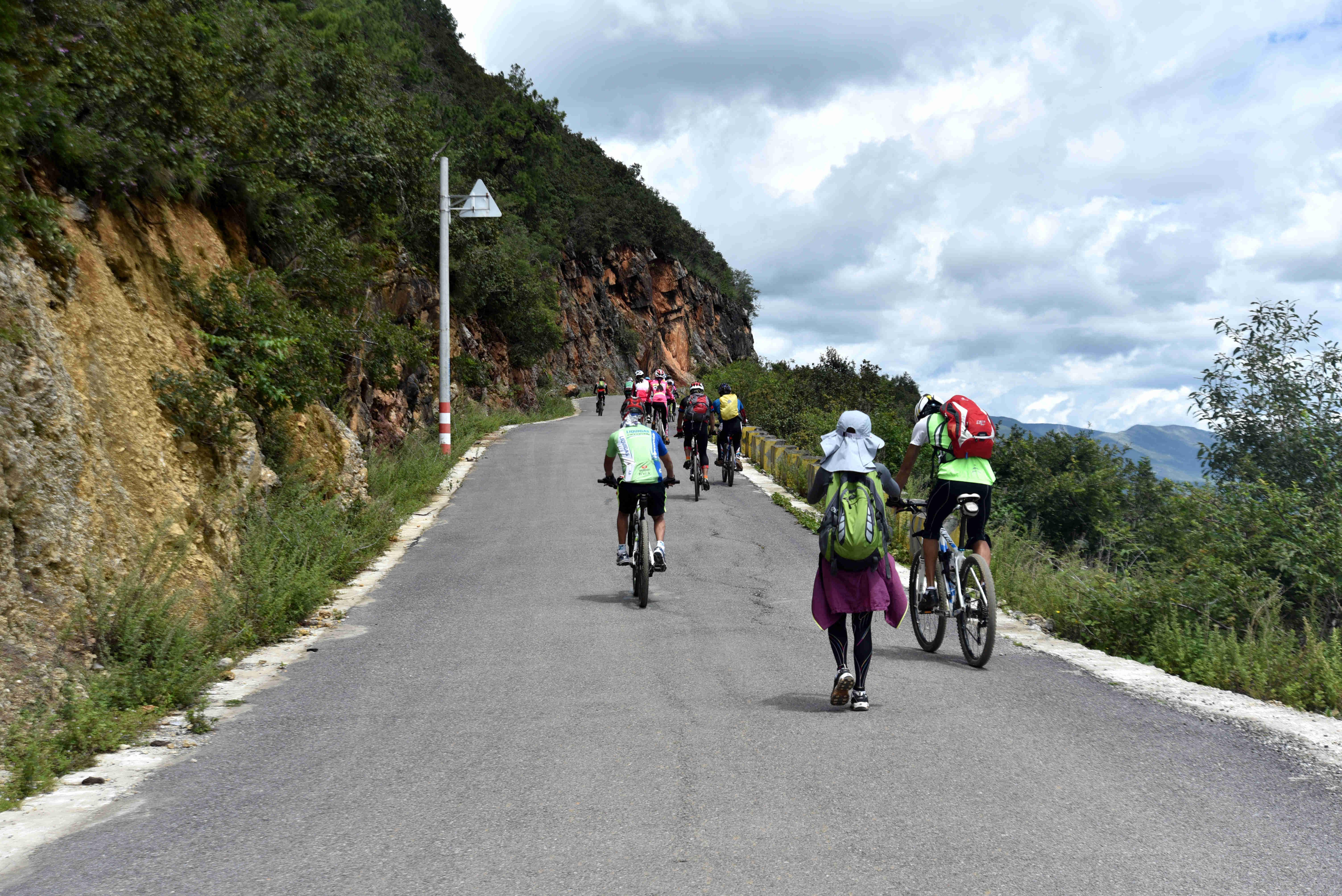 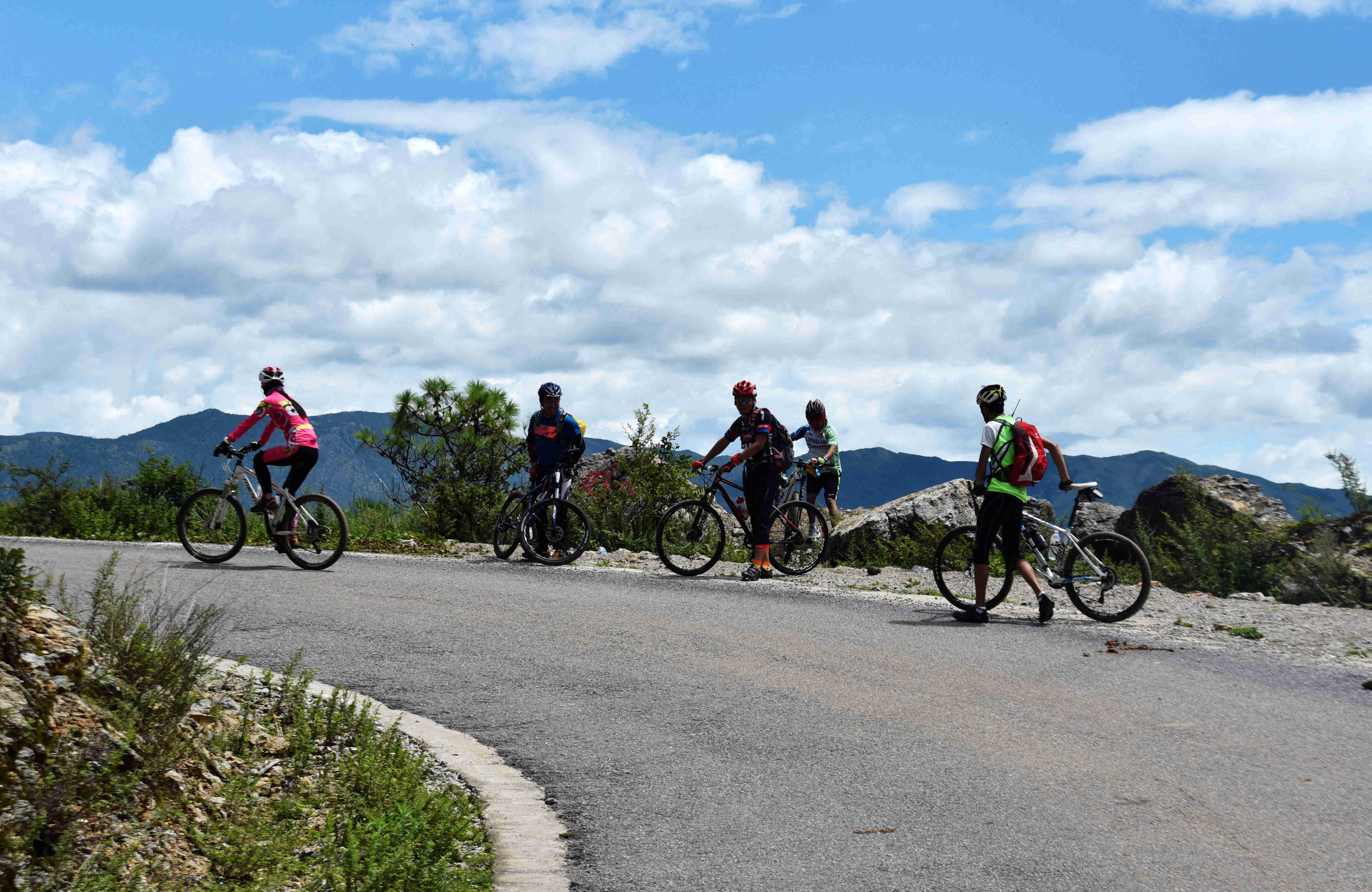 Stop and go on the road. Take a photo while enjoying the scenery. Standing on the mountainside overlooking Lijiang. The farthest is Lijiang City, here is Shuhe and Baisha. A patch of rapeseed on the white sand side is dotted with green crops. In the distance is Castle Peak, which is blue sky and large white clouds. 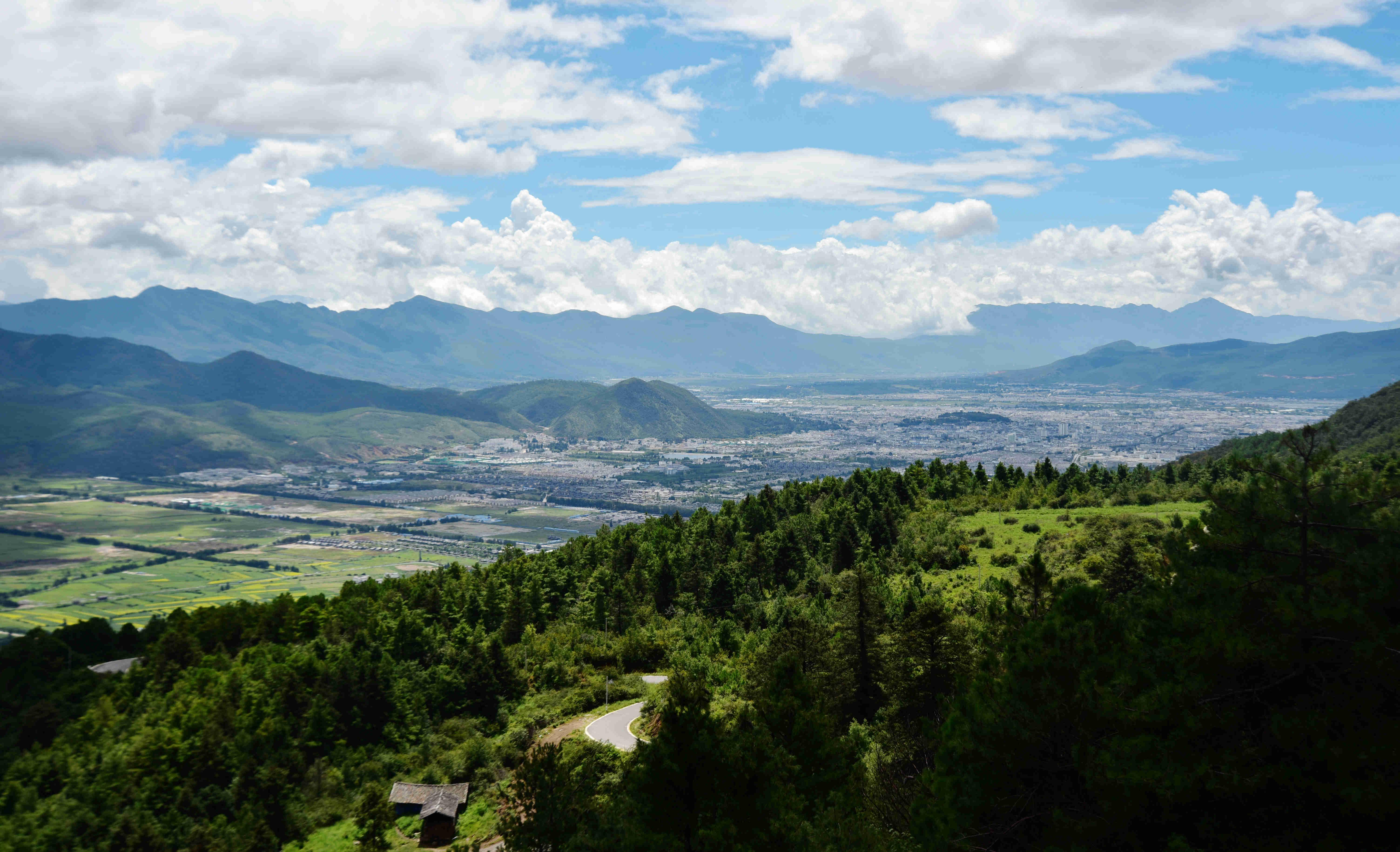 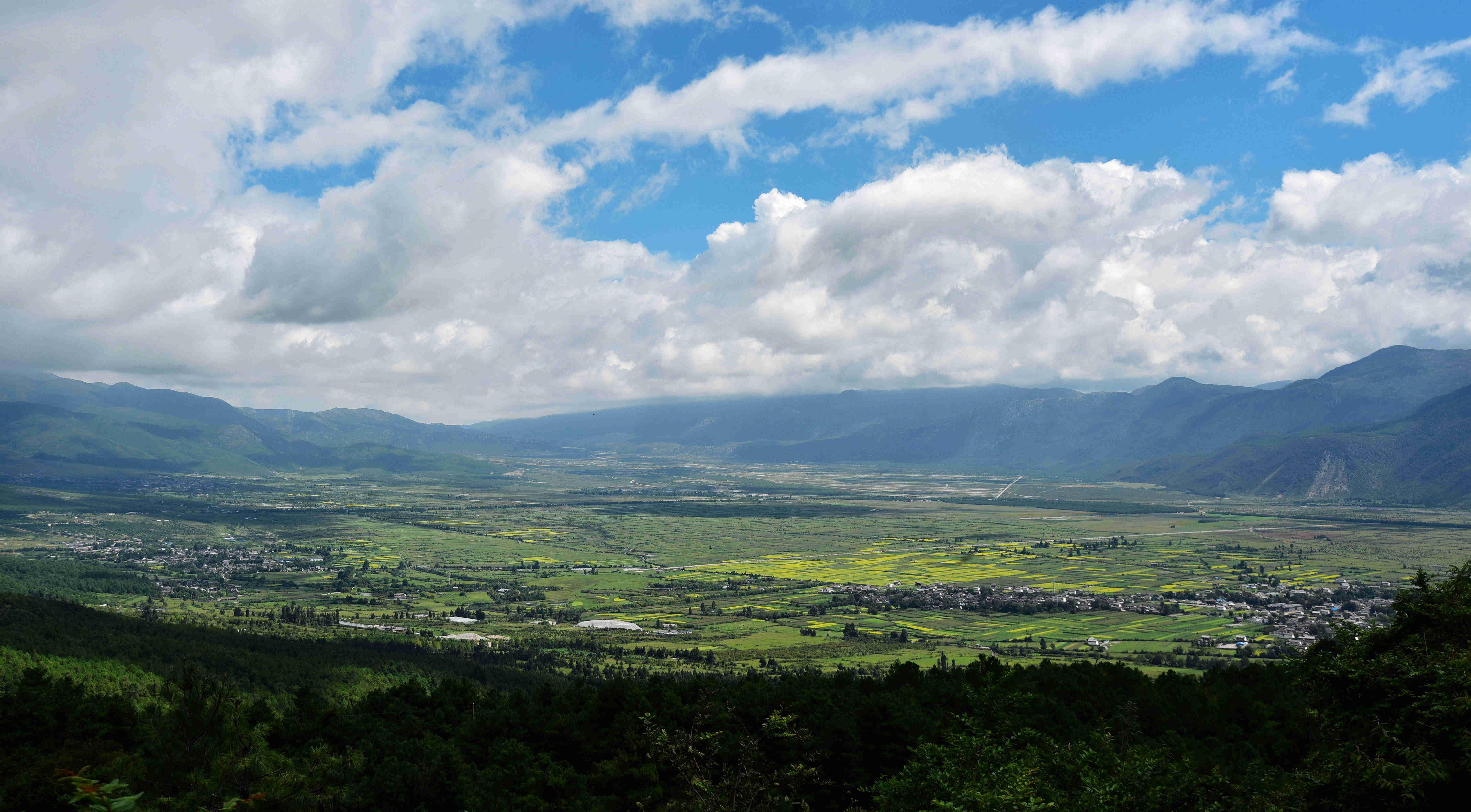 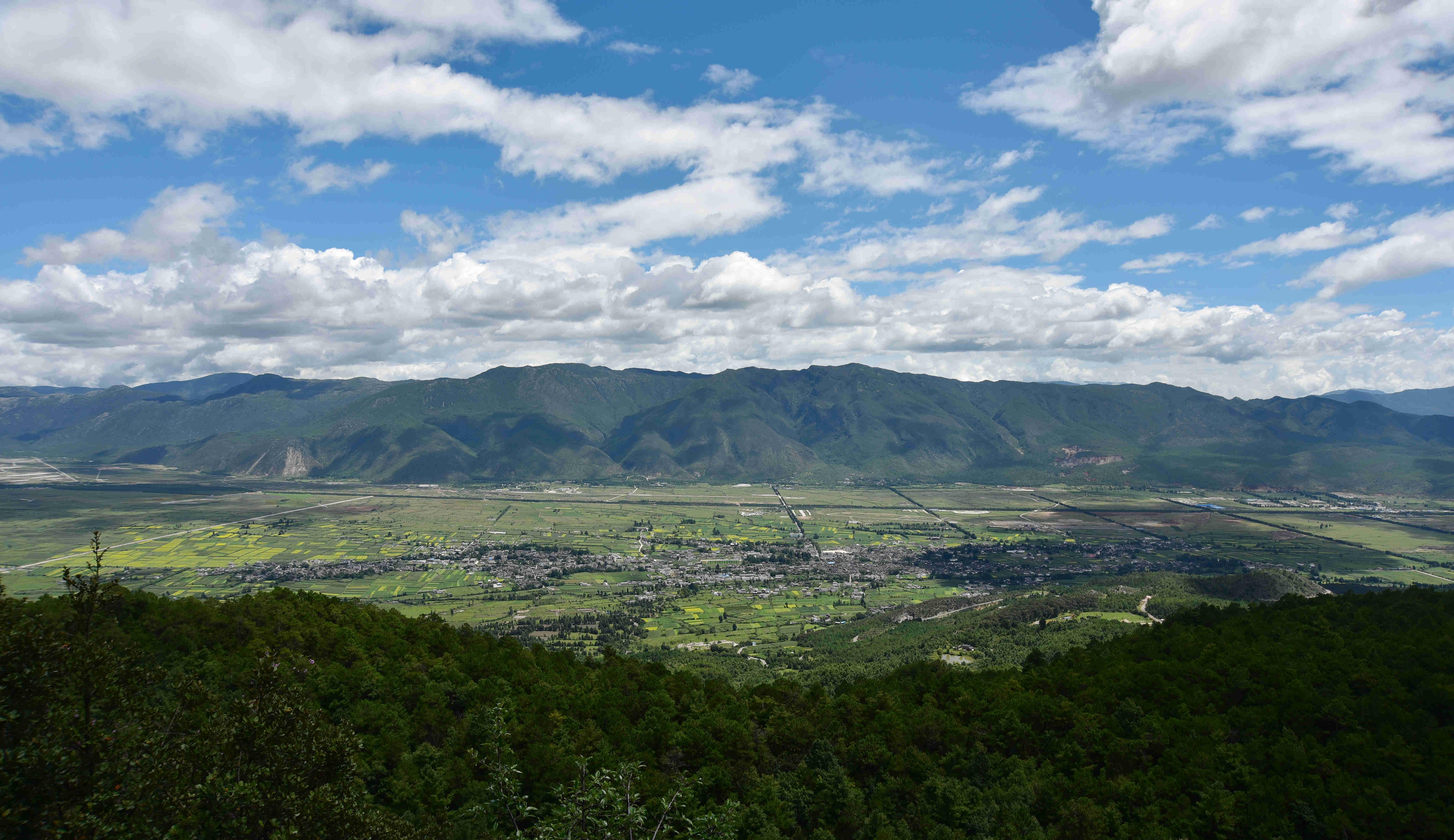 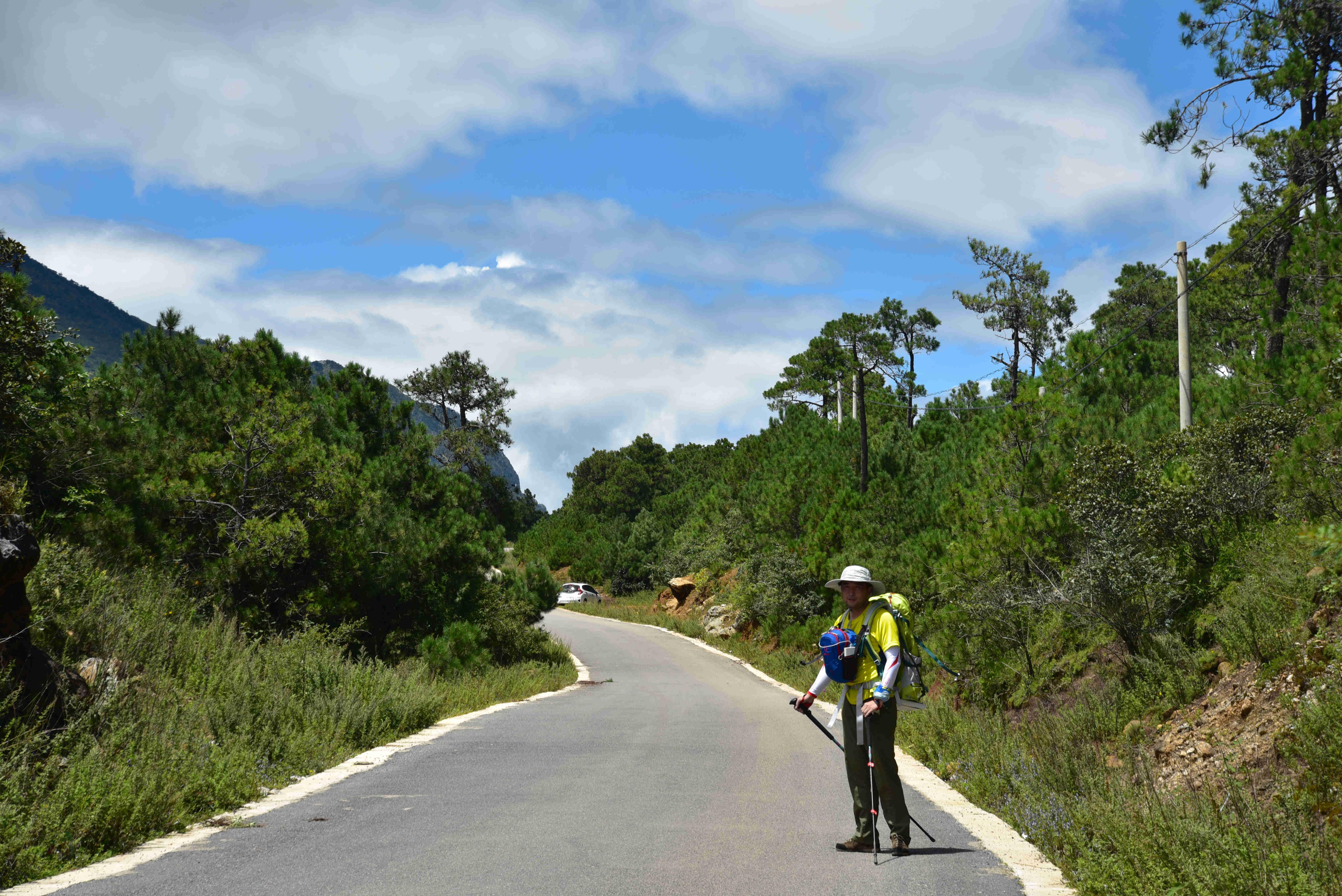 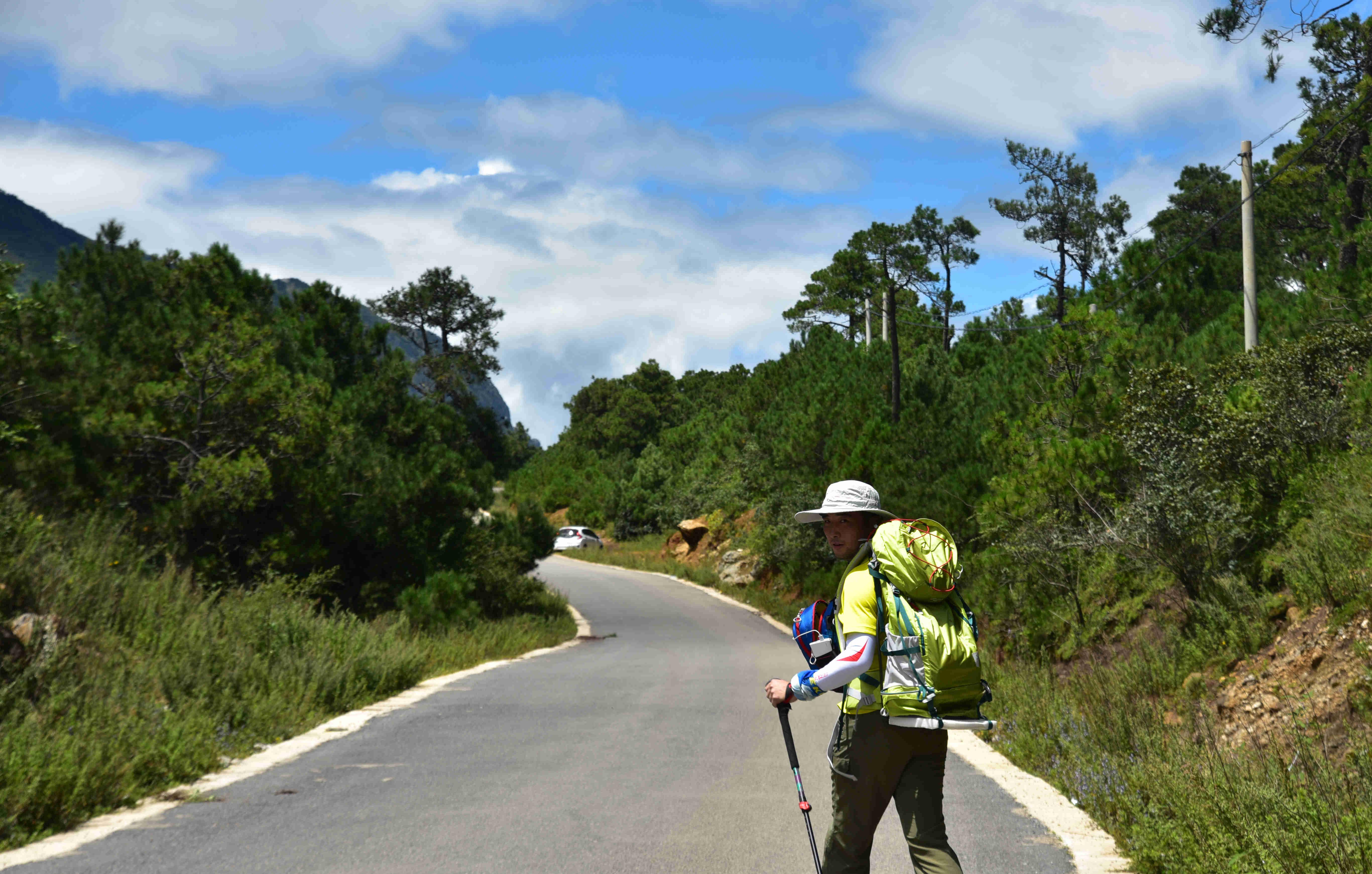 Walking along with a friend, he found a dead bird in the middle of the road. He did not know why it died. I read this creature's curse three times to the bird, and made three refuge, and then buried it. I hope it can be released. 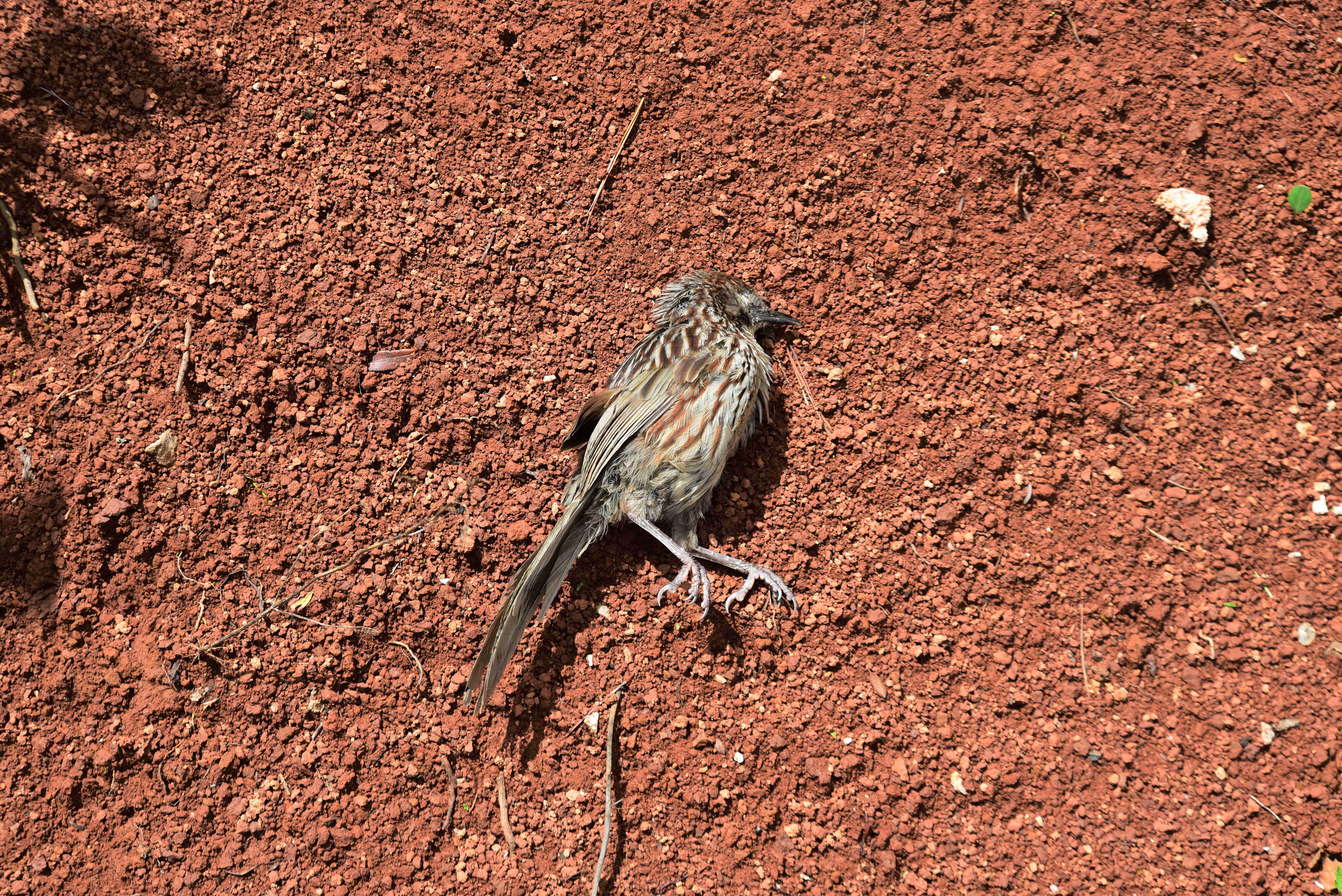 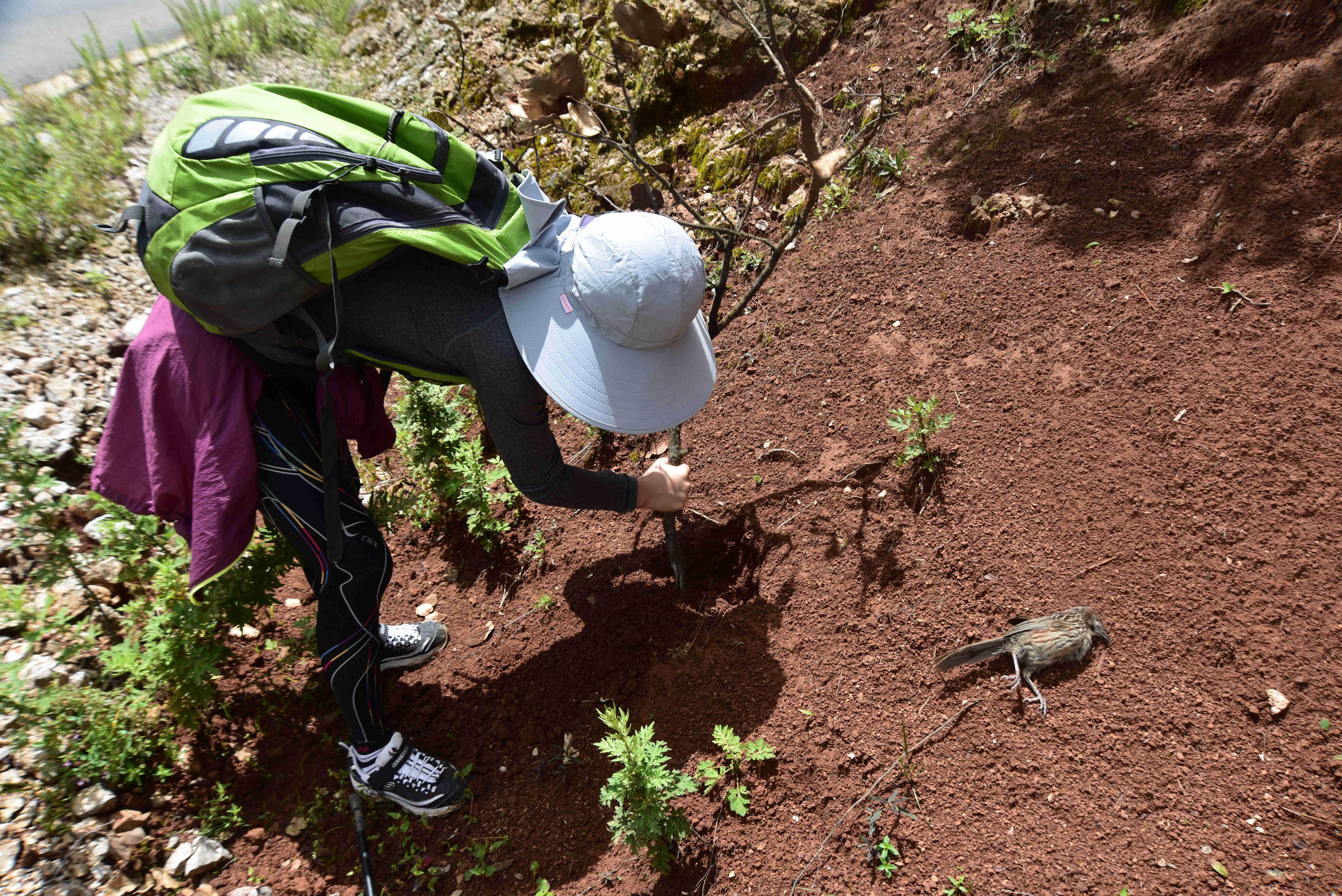 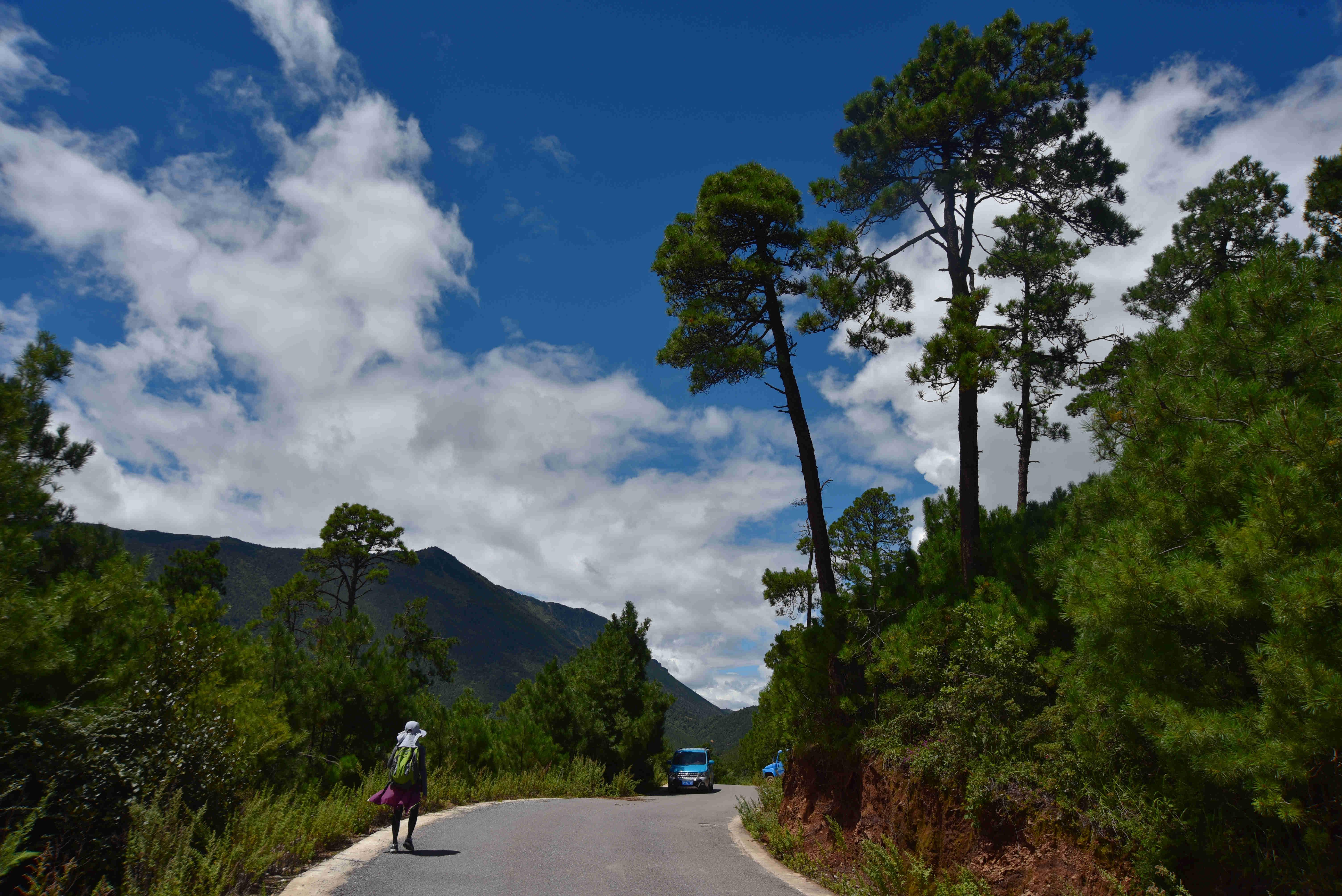 At one o'clock at noon, we unknowingly approached Wenhai, surrounded by mountains with a small sea. It is now a large amount of muddy sand flow in the rainy season that turns yellow. However, it does not affect its beauty. My friend and I sat at the edge of Wenhai and simply ate something. Look at the distant cattle, Castle Peak. The only pity is that you can see Yulong Snow Mountain in Wenhai. However, at the top of the Yulong Snow Mountain, it was covered by the big clouds of big flowers and could not be seen. My friend and I have said that there will be regrets for the next time. 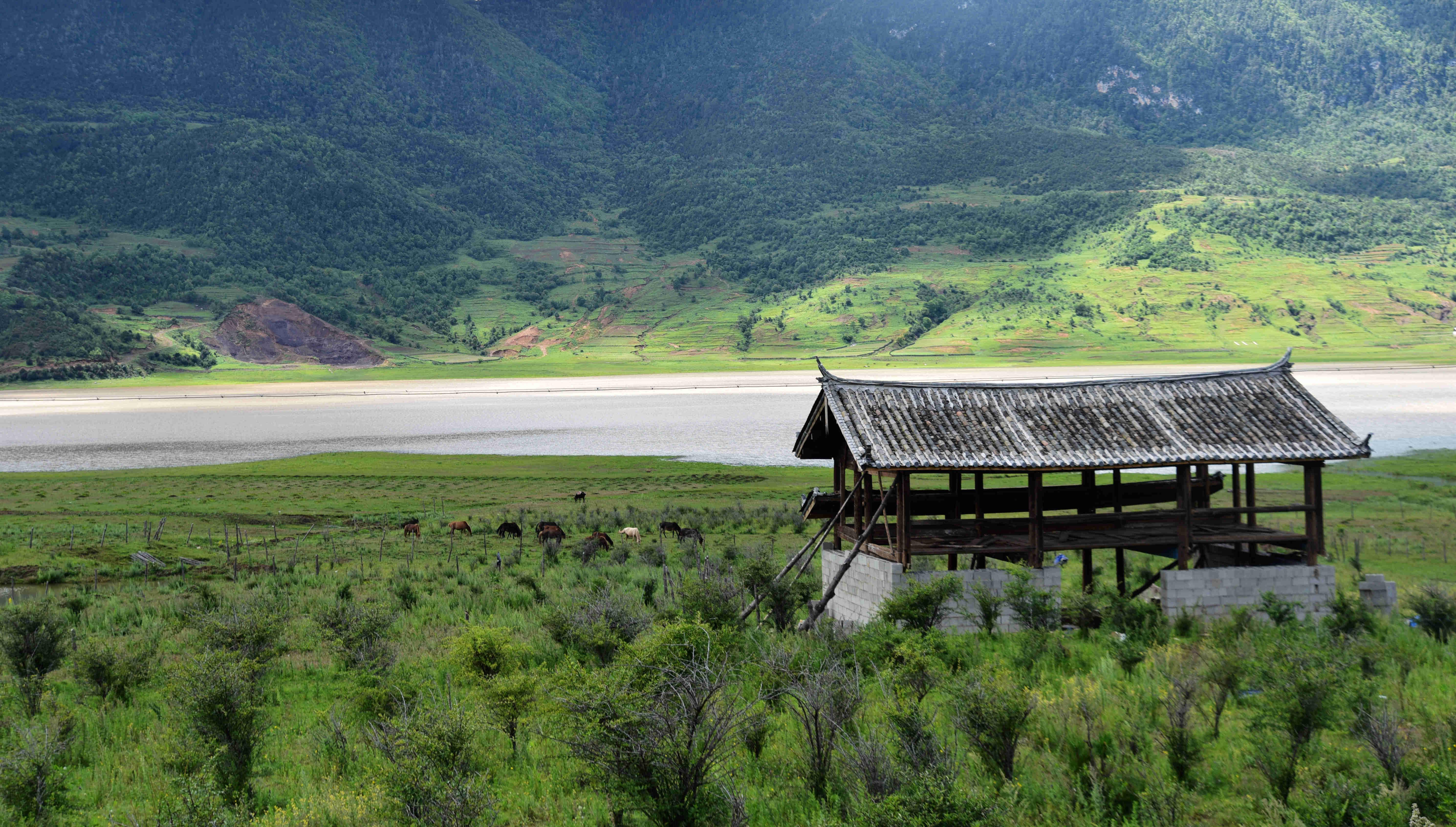 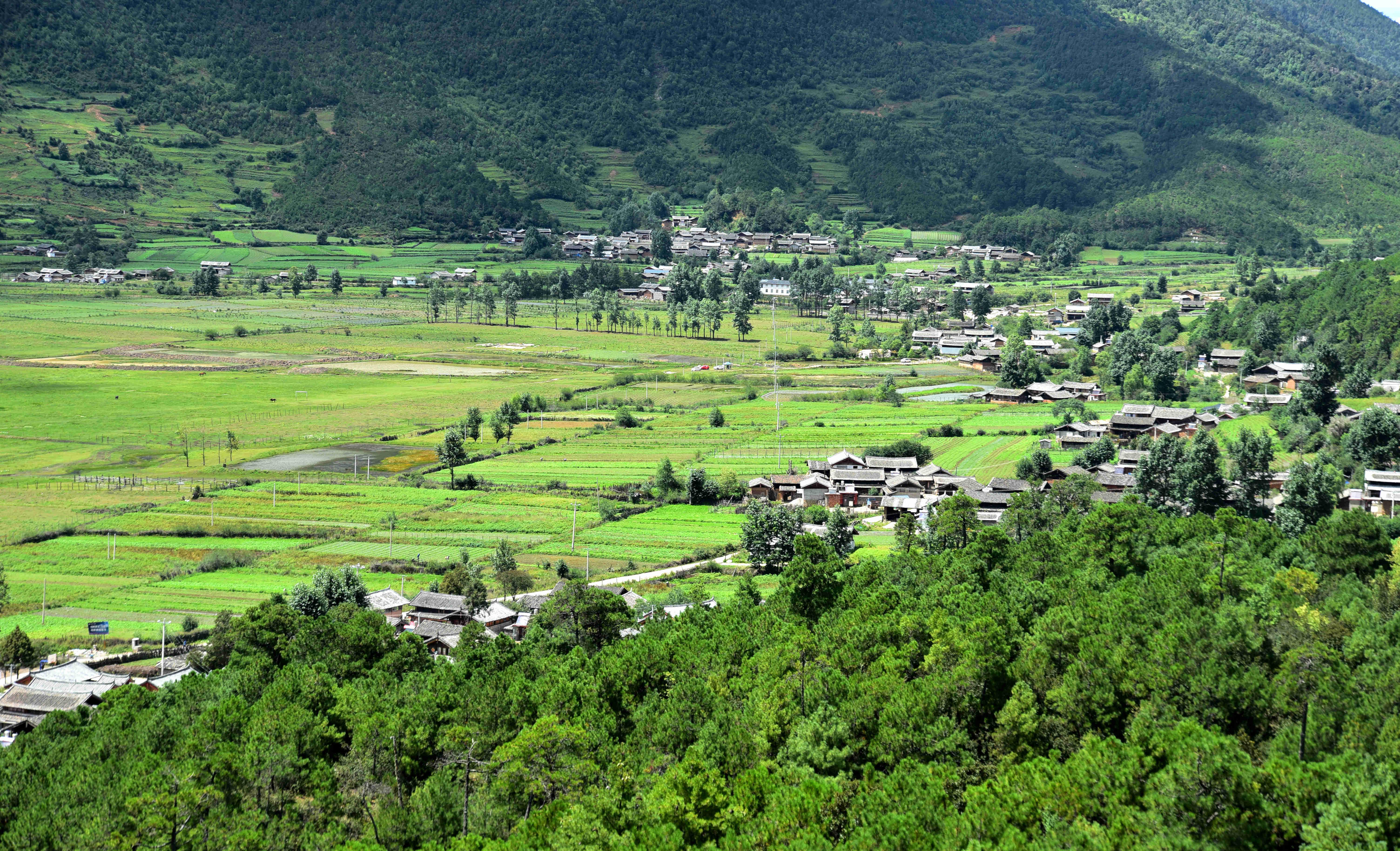 Since I went back for another 5 hours or so, my friend and I spent a while in the seaside and decided to return early. The return trip was a turn back. We decided to take a short drive to Panshan Asphalt Road and go back through some forest roads. As I walked along, I suddenly noticed that there was a lot of pink dog tail flowers on the roadside. For the first time we saw it, pink was not in the north. She is ready to pick up some of her dried flowers and put them at home. It will be a small surprise to take a big deal and take it in your hand. 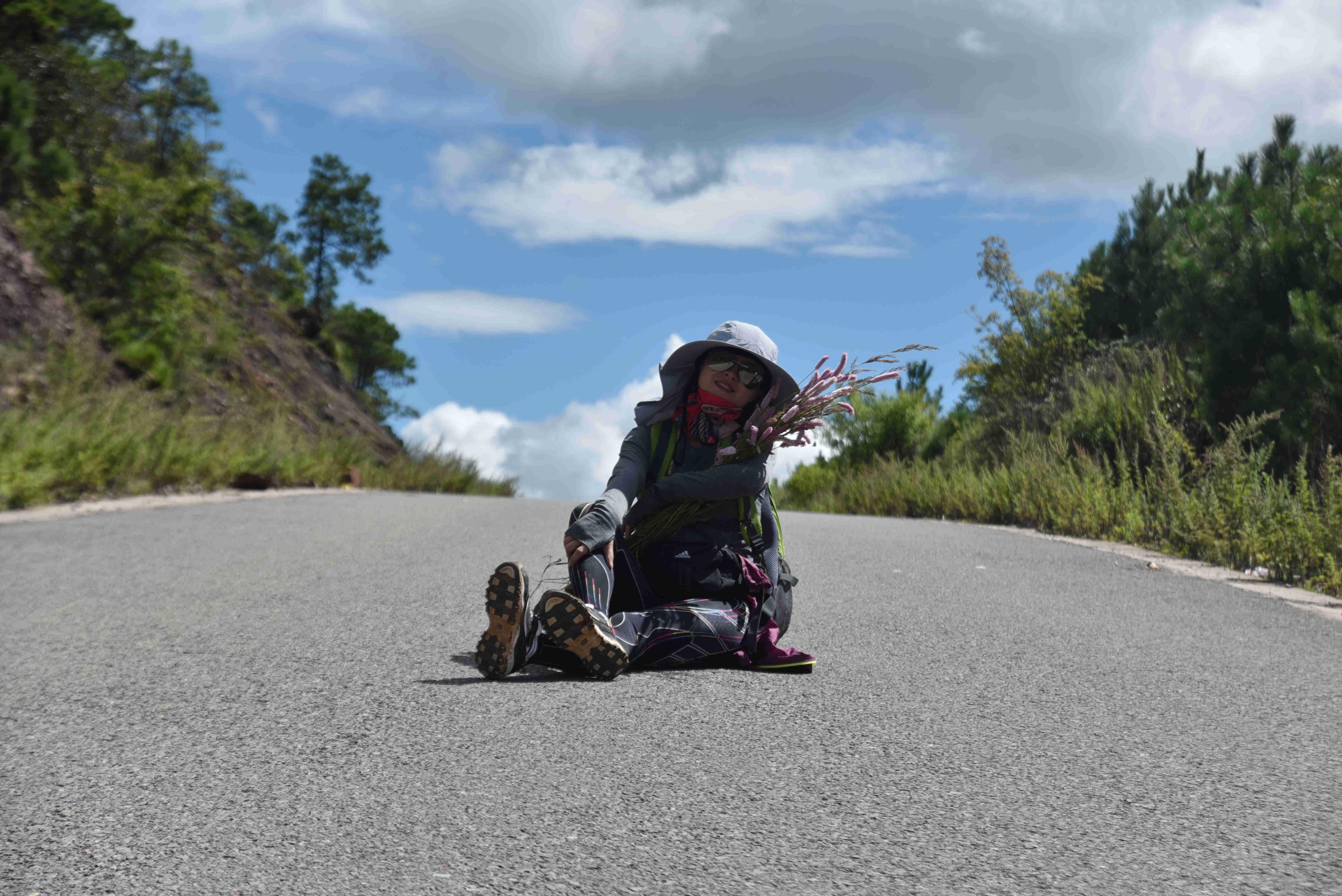 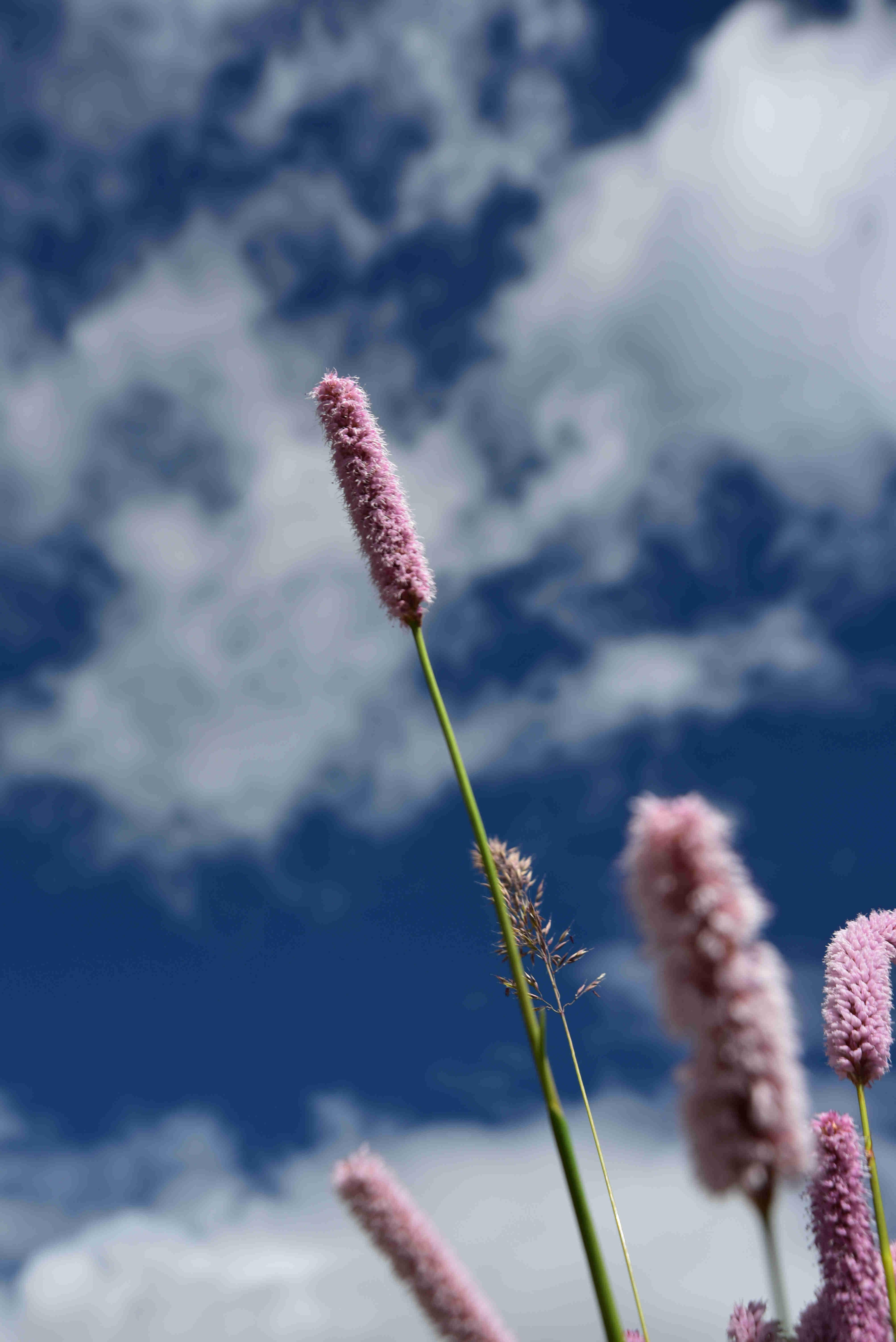 From time to time on the road to the direction of the Yulong Snow Mountain. After a big turn, the clouds on the top of the snow peak were scattered. Finally, after many days of coming to Baisha, I saw the Yulong Snow Mountain. Due to the current season, snow is not visible in this direction. But it does not affect our feelings in the slightest, and the pace on the way also feels much happiness. 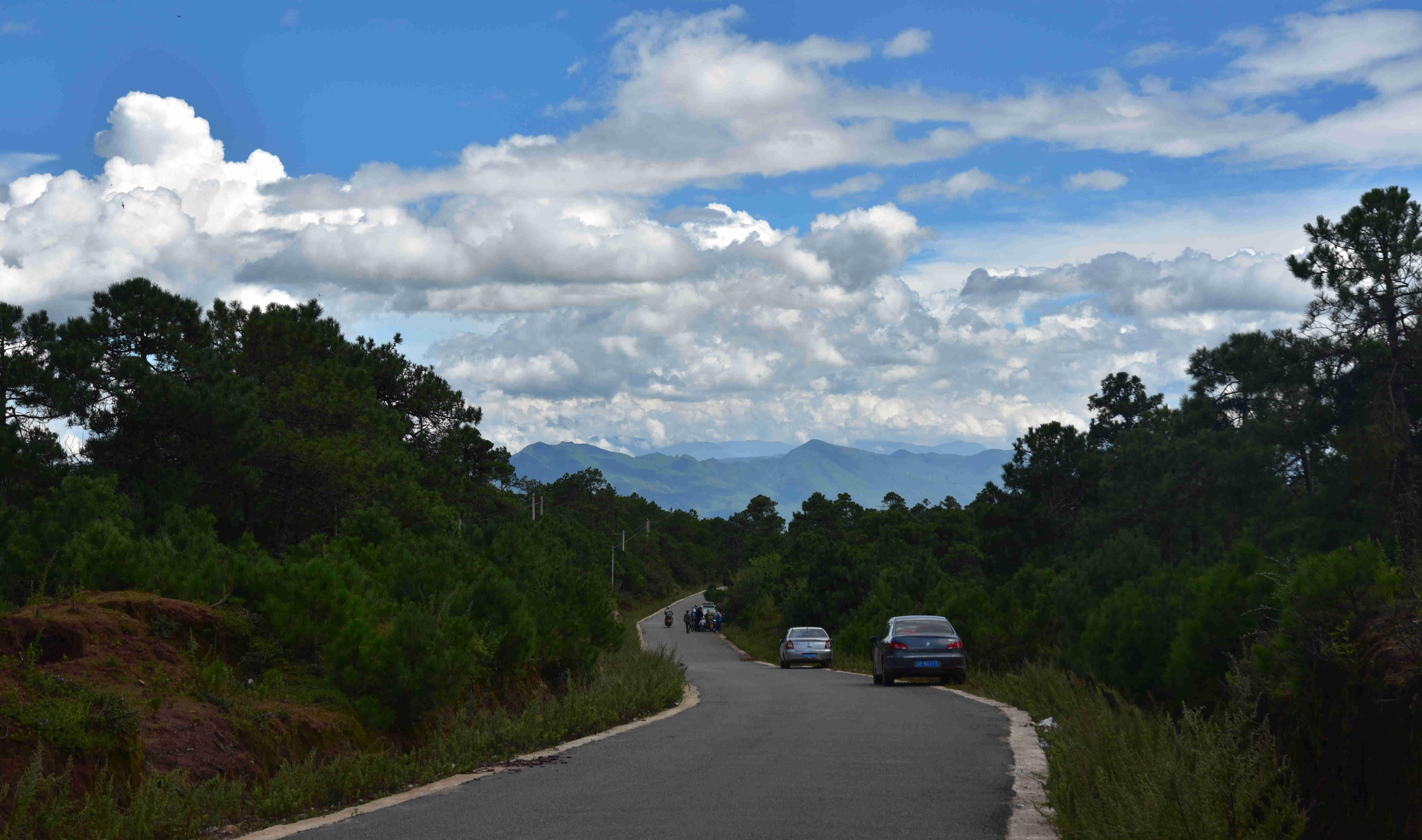 The asphalt road is very uncomfortable with many feet. We will take a short walk to the mountain path. In the mountains, the graves of local villagers are often encountered. I asked her if she was afraid. She said that the daytime was not too scary. Passing grave mouth muttering "I'm sorry to bother you." Walking in the mountain forest vegetation is very dense, will see a lot of unnamed plants, as well as a variety of mushrooms (locals called fungus). It was finally over at 6 o'clock in the evening. Looked at the pedometer and walked more than 40,000 steps over 30 kilometers. So I donated the number of steps I took today to Tencent Charity. Everyone can also participate in it. When you walk everyday, you can do charity, why not do it! 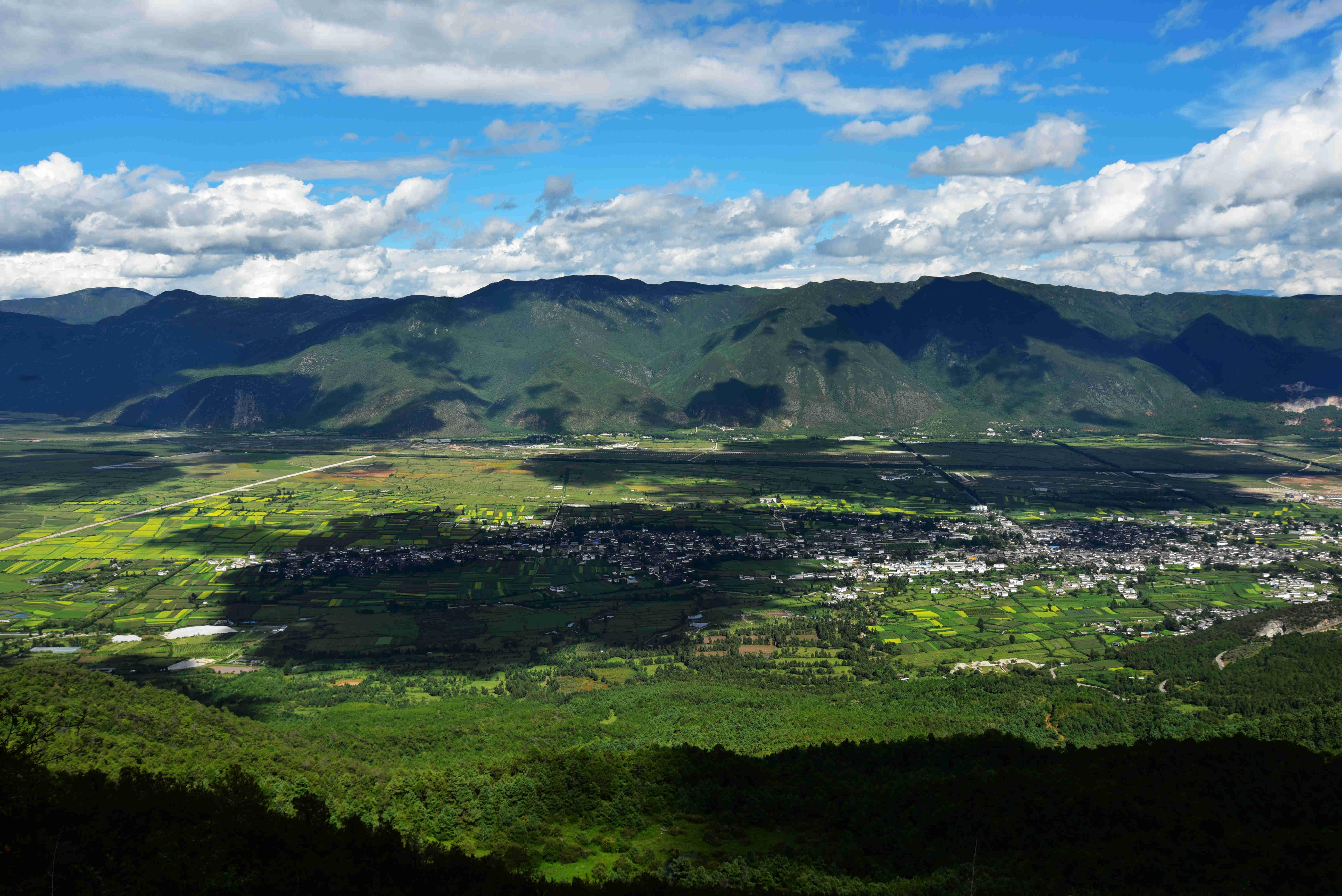 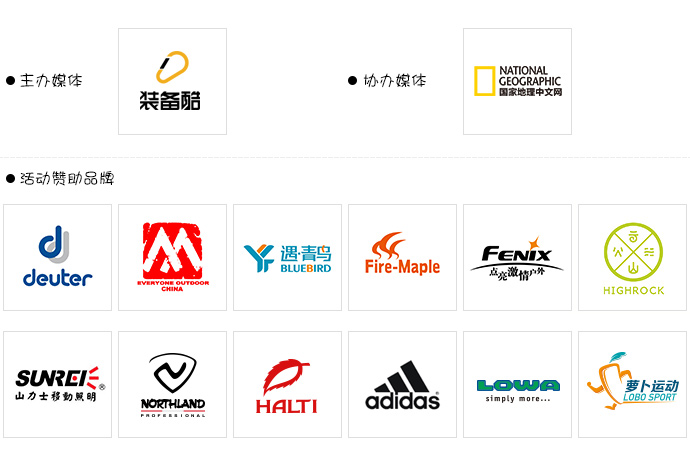 This "Sangha Yunnan Tour" was sponsored by the above brands to the travel authors.